French Courses and Camps for Kids/Teens in France

Looking for French camps/courses in France for children/teenagers? Receive free expert advice ✓Costs ✓Dates (summer/winter) ✓Requirements ✓Accommodation (optional). Here you will see some of the available options, but contact us to send you more complete information, including pricing.

Where are there camps with French courses in France for children and young people?

Apart from the French camps in France described below in Normandy and on the Côte d’Azur, we can advise you on other programs in the following French cities:

Camps to learn French in Normandy

The school is located in Normandy, 120 km west of Paris. It was inspired by the British education system and created in 1899. For more than a century it has attracted thousands of students, from France and also from more than 100 other countries throughout the world. The institute is based on the dual concept of improving and strengthening students. In this way it promotes intelligence, culture, a sense of responsibility and self-overuperation. Its educational philosophy is innovative but faithful to its founder and its ethics. So it accepts all foreign children and adolescents with their own personalities.

Throughout the year the boarding school welcomes foreign children and adolescents from 6 to 18 years of age. Everyone is accepted, whatever your level of French, your academic project or the length of your stay. French students value this cohabitation because it allows them to develop their tolerance, enrich their culture and make international friendships.

During the summer, the school offers camps with French courses in France for foreign children and teenagers who want to learn the language. You can participate in the summer camps for 2 to 9 weeks, from June to August. These French camps in France are specially designed for international young people from 8 to 18 years old. 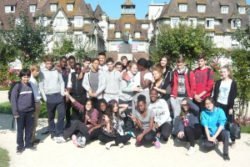 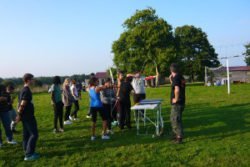 And the same academy also offers a winter camp, during the month of January. The winter program with French courses in France for foreign children is designed for teenagers from 12 to 18 years of age. And, unlike summer camps, it has a predefined duration of 4 weeks.

Programs include 20 French lessons per week*, various sports, cultural and social activities. And there are also 2 weekly excursions.

*Except for the aviation program which includes 15 French lessons per week.

And during the regular school year, the institute offers the following 2 options(contact us for more details):

French courses for foreigners are by level, in groups of 10 to 15 students. And the teachers are native and specialized in teaching French as a foreign language. A certificate and a pedagogical report are delivered at the end of the course.

French camp in France with multi-activities (summer and winter):

After French lessons and during the weekends a variety of sports activities are offered. For example, campers can participate in golf, soccer, tennis, swimming, aquagym, badminton, gangbol, dance, fitness, basketball, ping pong. It is also possible to take riding lessons for an additional cost. In addition, the institute proposes several thematic activities. For example, you can participate in cooking workshops, role-playing games, board games, contests, grills, discos, Olympics…

Excursions are organized two days a week. These will give students the opportunity to discover historical places and sites of French heritage. There are excursions to Paris, Versailles, Deauville, the castles of the Loire. Campers can also be taken to Mont Saint-Michel, Le Mans, and D-Day beaches.

In addition to the French camps in France with multi-activities, the institute also offers themed French camps. These programs combine the learning of the French language with the intensive practice of a sports or cultural activity.

This program accepts young people from 12 to 18 years old who have an intermediate to advanced level of tennis.

The objective is to consolidate the bases and improve the technique, in small groups (2 to 4 people) defined by level. In addition, matches are organized with other French and international youth. The supervisor is an official tennis teacher with a state diploma.

The program lasts 2 weeks and consists of 25 hours of tennis, divided between training and matches.

French camp in France with aviation for teenagers:

This 4-week camp accepts young people from 15 to 18 years old and it is a requirement to measure 1.65m minimum.

It is a special program that allows you to discover aviation and learn to fly tourist aircraft.

After the French classes for children and teenagers in the mornings (15 hours per week), campers go to a nearby aeroclub. There 3 to 4 half days a week are dedicated to theoretical lessons, discovery and handling of small planes.

At the end of the course an aerobatic session is offered. And you will also have the opportunity to pilot a 4-seater light aircraft (long flight).

French program in France with “étiquette” for teenagers:

This program accepts young people from 12 to 18 years old and lasts 2 weeks. It is a camp for those who are interested in learning the codes of language, behavior and culture in French society. During the 2 weeks theory is combined with private workshops.

There are 7 modules taught by intercultural communication professionals. These deal with topics such as courtesy, fashion, gastronomy, gallantry, etc.

To put into perspective what has been taught, an excursion to a prestigious restaurant or hotel in Paris or Deauville is organized.

Summer camp to study French and learn to cook:

Young people will learn to cook some of the most reputable dishes and desserts in French cuisine.

Workshops include a full multi-course menu, a buffet dinner, and a French-style dessert. Campers will also have the opportunity to learn the basics of cakes, quiches, and puff pastry and streams.

At the end of the camp there will be a surprise departure to some historical landmark of French gastronomy. This will give campers the opportunity to experience a formal food tasting.

During their free time, participants in these themed camps have access to the same facilities as the campers in the multi-activity program.

The language school we work with on the Côte d’Azur offers camps with French courses for foreign children in the cities of Antibes and Cannes.

With 25 km of beaches, located between Nice and Cannes, the city of Antibes/Juan-les-Pins is an ideal holiday spot for young foreigners. Indeed, it has a temperate and very sunny climate. In addition, thanks to its location on the Mediterranean coast, it is excellent for water sports. And it also offers a wide variety of day and night activities.

For teens ages 13 to 17, the program is available from late March to late October.

And for children from 8 to 12 years old during the summer from the end of June to the end of August. The minimum duration to register is one week.

Accommodation during the French camp in France:

As for the accommodation, the options are:

Supervision during French camps in France:

There is continuous supervision (24/7), except during certain periods under parental authorization (this option is not available for 8-12 years). Employees are always available to answer questions, organize games, join during meals, and assist students in any way.

Activities in addition to French courses in France for foreign children:

During the afternoons several activities are organized: 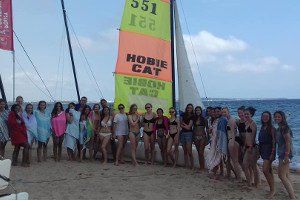 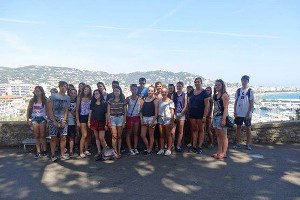 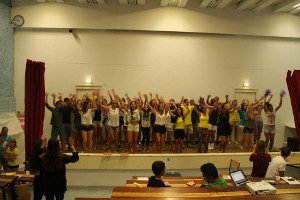 As for Cannes, with its small and friendly size, it is the third largest city on the French Riviera, located between Nice and Saint Tropez. It’s clean and safe, and behind the luxury of the Croisette is an abundance of beaches and cheaper places to eat and have fun.

It’s basically the same program as Antibes, but only for teenagers ages 13 to 17. And the program is offered from the end of June to the end of August.

Organization of French camps in the south of France 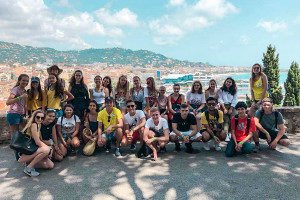 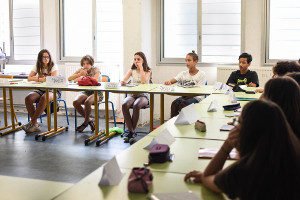 French courses in France for foreign children from 8 to 11 years old, in Antibes:

French classes for foreign children from 8 to 11 years old are from 9:00am to 12:20pm from Monday to Friday. They are a combination of lessons and games that encourage the development of oral communication skills. The goal is to familiarize children with the French language and allow them to meet their daily needs. This same program is available for children aged 6 and 7 who travel and stay with their parents or relatives.

The program is very flexible, it is possible to participate in the full program (with accommodation), or the day program (French classes + activities), or only the French lessons. 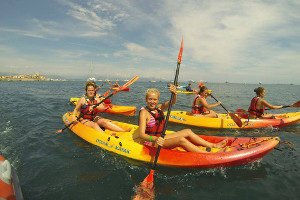 French classes in France for foreign teenagers from 12 to 17 years old, in Antibes and Cannes:

There are different alternatives of French courses for young foreigners from 12 to 17 years old: